Typing or Automaticity and the Italian Octopus

The manual Royal typewriter in my basement is in pretty good shape although it needs a new ribbon and some dusting off. It had sat in my late grandmother’s garage until last year, unused for the past thirty or possibly fifty years. It was last week that my seven year old took an interest in the typewriter. She pounded the keys, asked me how to load paper, and finally, after mastering the carriage return, turned to me and gasped, “Oh! This is not like a computer.”

Just wait until I show you an old Walkman, I thought.

I was a bridge to the technology of yesteryear.  Not only did I know how to work the old typewriter, I had memories of its not so distant cousins: the snazzy new electric typewriter my brother took to college and the oddly shaped word processor my freshmen year roommate brought with her from New Jersey, a machine I thought only “authors” had, whose black screen glowed with green type.

The one relative constant, generally speaking, and the reason my daughter felt a kinship to the typewriter if not an understanding of its mechanical use, is the QWERTY keyboard.

At school, she’s learning to type on a Mac, with the help of an online program out of England featuring a talking donkey and Italian octopus.

I surveyed a few dozen friends and blog readers and discovered that many of us didn’t learn to type until high school.

We learned on manual or “electric typewriters with blank keys.”  One reader had typing with “a weird little old lady who taught summer school. I kept fainting it was so hot.” Another with a teacher who “had the most monotone voice on the planet.” Some teachers had students take tests blindfolded. One person practiced at home with a tape recording his father made, “…. I sat at the dining room table and practiced on a typewriter while I listened.”

Nobody said learning to type was the most thrilling experience of his or her life, but many said it proved to be vitally important.  (There was one experience that contained some giddiness: the reader who took typing at Princeton High with some senior boys whose band, Blues Traveler, was about to become famous.)

Most respondents 17 to 25 took typing in elementary and middle school. Although they defined themselves as proficient at typing, when asked to describe how they use a keyboard all but a few selected the answer: I use my own method and do not have to look at the keys. Compare this with an almost unanimous  “I use the “home keys” and type without looking at the keys” from those over 30.

I did not survey five year olds. But moving to this age group, it is fair to say many are using computers and iPads at home and at school.  Will the majority have the opportunity to learn how to touch type?

It’s an important question, as Anne Trubek points out in a 2011 post, “Out of Touch with Typing” on MIT’s Technology Review.

“Does it matter how we type? Yes. Touch typing allows us to write without thinking about how we are writing, freeing us to focus on what we are writing, on our ideas. Touch typing is an example of cognitive automaticity, the ability to do things without conscious attention or awareness. Automaticity takes a burden off our working memory, allowing us more space for higher-order thinking. (Other forms of cognitive automaticity include driving a car, riding a bike and reading—you're not sounding out the letters as you scan this post, right?) When we type without looking at the keys, we are multi-tasking, our brains free to focus on ideas without having to waste mental resources trying to find the quotation mark key. We can write at the speed of thought.”

Trubek says some schools are dropping keyboard instruction because they believe kids arrive having already learned to type.  But knowing how to get around a keyboard doesn’t mean touch typing or typing with accuracy and speed.

I spoke with a parent of a sixth grader who said her son exemplified the self-taught typist who’d never had formal instruction at school.  She watched as he labored over typing a report. Finally, she said, she broke down and typed it for him.

She wouldn’t have helped, she told me, “If I didn’t know for a fact that ever other mother was doing the same thing.”

If you have a chance, Anne Trubek’s article and the comments after it on Technology Review is well worth reading. She mentions the “duel” in 1889 from which emerged the winning “home keys” system of typing. And the comments afterward propose fixes to what she calls the sacrifice of cognitive automaticity we’re making with our shifting keyboards and lack of instruction. Some suggest voice recognition; others say revamp the QWERTY keyboard. The roadblock to that? Those among us who spent hundreds of hours learning how to use it.
Posted by Lunch Box Mom at 1:44 PM

Great post! I think the heir to the QWERTY keyboard is voice-recognition software, and I think in the not-too-distant future, the keyboard itself will be like that Royal typewriter you mentioned... 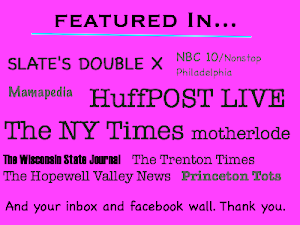